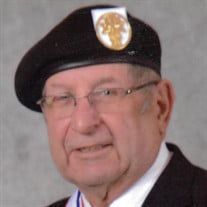 Robert F. Solomon, age 79, of North Ridgeville, passed away on Sunday, April 10, 2022 at University Hospital in Cleveland surrounded by his family. Born in Cleveland, he had been a resident of North Ridgeville for most of his life. Bob worked as an engineer for NASA John Glenn Research Center in Cleveland. He retired in 2007 after 37 years. He was a member of St. Peter Catholic Church in North Ridgeville where he was very active with the Knights of Columbus and was a founding member of the Knights of Columbus Council 7970, he also was inspirational in starting the 4th Degree Knights of Columbus Fr. Vincent Capodanno Assembly, serving as the first Faithful Captain in 2007. He was currently serving as the Master of District 1 of the 4th Degree of the Ohio Knights of Columbus. He enjoyed golfing on the St. Peter’s Golf League, woodworking and off roading with the Erie Shores Jeep Club. Survivors include his wife of 57 years, Karen (nee Letke), son, David of North Ridgeville, daughter, Audrey Solomon of Toledo, grandchildren, Mitchell, Kara, Casey and Kory, great-granddaughters, Charlotte and Rosie, brothers, Joseph (Joyce) Solomon of North Ridgeville, Thomas (Sue) Solomon of Strongsville, William (Nancy) Solomon of North Olmsted, sister, Betty Deak of Mansfield. He was preceded in death by his son, Andrew in 2001, parents, Elias and Mary Solomon. The family will receive friends Monday April 18, 2022 from 2-4PM and 6-9PM at the Bogner Family Funeral Home, 36625 Center Ridge Road, North Ridgeville where a rosary will be held 7 PM led by the K of C. A closing prayer service will be held on Tuesday, April 19, 2022 at 9:30AM followed by a 10AM Mass at St. Peter Church, 35777 Center Ridge Road, North Ridgeville. Msgr. Robert Siffrin and Fr. Bob Franco, Pastor, will con-celebrate. Burial will follow at Resthaven Memory Gardens in Avon. Memorial contributions are suggested to the Knight of Columbus Council 7970 for the support of Seminarians, 35777 Center Ridge Road North Ridgeville, Ohio 44039.

The family of Robert F. Solomon created this Life Tributes page to make it easy to share your memories.

Robert F. Solomon, age 79, of North Ridgeville, passed away on...

Send flowers to the Solomon family.