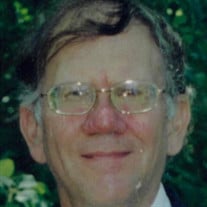 Richard DeColibus was born on March 18, 1947 in Cleveland, Ohio to Jeanne and Rudy DeColibus. Rich was enrolled at St. Leo’s the Great for grade school and transferred to St. Ignatius for a year. He completed his high school education at Rhodes High School which is the school where his mother graduated. Rich was proud of his four incredible children: Michelle DeColibus who lives in Texas; Marie DeColibus of Kentucky; Dawn (Alex) Koenig of Mentor, David DeColibus of New Mexico, and stepchildren: Nicholas (Jackie) of Elyria, Christopher of Garfield Hts., Jessica (Chris) of Stow. He loved his 3 grandchildren Evan, Kylie and Maya and 8 step-grandchildren; brother Ray (Elaine) DeColibus. Rich and Sharon Bastian met in 1970 when Richard was a teacher and Sharon was a student at Mooney Junior High School. They dated and years later, in 2003, Rich married Sharon and they have been married for eighteen years. As a teacher in Cleveland Public Schools, Rich was known as a brilliant, dedicated science teacher with a specialty in chemistry. His students always did well, and Rich was respected by his colleagues. Rich was a thoughtful and genuine person and the saying “He did not suffer fools” is perfect to describe Rich. He was one of the most knowledgeable, well read, thoughtful intellects on a variety of topics that many people would ever know. His intelligence, leadership qualities, activism and respect for the teaching profession were the driving factors for his election as the President of the Cleveland Teachers Union in 1988. Rich was a tough negotiator and an innovator among the ranks of the labor union activists. He always let you know where he stood on an issue. The one thing everyone could always be certain of is that you always…always knew where Rich stood on an issue and that he had a plan for resolution of a problem. He led the Cleveland Teachers Union through tumultuous times and would always strive to negotiate the best results for teachers and students. He was respected as a union leader among politicians and leaders. His leadership and respected reputation went beyond Cleveland to both the state Ohio affiliate and with the national United Federation of Teachers. He understood the future success of any community, the state and the nation depended upon students receiving a quality public school education. He saw the goals of the union and the success of the student as inextricably related. Rich retired from public service in 2004 and during retirement, Sharon and Rich spent their time socializing with friends and family, going to Holden Arboretum, Punderson State Park and taking long peaceful walks at the lake and French Creek. Although they loved to watch the sunsets together, Sharon could always count on Rich to give a science lecture on astronomy while enjoying the sunset. He also enjoyed gardening, computers and reading. Perhaps the best times were the times they spent with grandchildren and most especially at the Christmas holidays. As Rich’s health began to deteriorate, he was forced to move from home where Sharon cared for him, to a nursing home. At the nursing home, Sharon maintained a vigil and never left his side. She would slip out only to grab a bite to eat. Although their conversation was little, she remained by his side day and night. One day as he was laying in his bed, he opened his eyes and smiled at Sharon. He looked at her, gave her a cocky little wink, and said I love you! So each night when she prepared to leave to go home to shower and to change her clothing to return again, she would lean over and give him a light kiss. He would open his eyes and whisper I love you, and she said it back to him. It became their ritual. And so it was time, Rich has left us. And as we all know, if he were here with us, he would be the consummate leader again. He would tell all of us not to focus on sadness. He would give us the Rich DeColibus look, and tell us to celebrate. So we must celebrate his life and keep each of our memories of Rich alive, and by doing this, Rich will never leave us! Visitation will be private. Mass of Christian burial will be Thursday, May 20, 2021 at 10 am at St. Peter Church, 35777 Center Ridge Rd., North Ridgeville, and will be livestreamed on www.stpeternr.org, with burial at St. Peter Cemetery. In lieu of flowers, memorial contributions may be made to Blessing House www.blessinghouse.org or St. Jude Children’s Hospital www.stjude.org. Arrangements by Bogner Family Funeral Home, North Ridgeville. For further information or to leave an online condolence, please visit www.bognerfamilyfuneralhome.com

Richard DeColibus was born on March 18, 1947 in Cleveland, Ohio to Jeanne and Rudy DeColibus. Rich was enrolled at St. Leo&#8217;s the Great for grade school and transferred to St. Ignatius for a year. He completed his high school education... View Obituary & Service Information

The family of Richard "Rich" A. DeColibus created this Life Tributes page to make it easy to share your memories.

Send flowers to the DeColibus family.