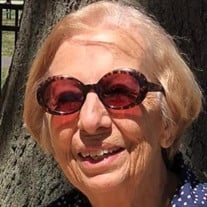 Judy Kirk was born in Toledo, Ohio, daughter of Benedict and Alice Kubiak, on March 26, 1939, and passed away in the early morning on January 27, 2021, holding her daughter&#8217;s hand and listening to Polka music. She attended Notre Dame... View Obituary & Service Information

The family of Judith "Judy" A. Kirk created this Life Tributes page to make it easy to share your memories.

Judy Kirk was born in Toledo, Ohio, daughter of Benedict and...

Send flowers to the Kirk family.