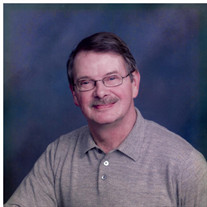 Not sure what to send?

Charles E. Fike, age 77, of North Ridgeville, passed away peacefully surrounded by family on Sunday, May 8, 2022, at Regency Hospital in Middleburg Hts. He was born in Connellsville, Pennsylvania and had been a resident of North Ridgeville for the past 53 years after moving from Columbia Station. Charles served with the Ohio National Guard in the 1960’s and worked as a Fleet Service clerk for American Airlines for 38 years, retiring in 2004. He was a member of St. Clarence Parish, North Olmsted and former member of St. Peter Church, North Ridgeville where he was instrumental in the men’s breakfasts and organized the kitchen crew for 10 years. He took part in the Cursillo # 163 and continued meetings with a men’s fellowship. Charlie’s greatest pride and joy was his family. His children were introduced to engine shows at a young age. He put together his own miniature scale tractor that has fascinated both his children and grandchildren. He would play games with his grandchildren that would engage their imaginations. He excelled at woodworking making unique heirloom gifts for each grandchild. After retirement, he enjoyed exploring and hiking at National Parks in the West, North and on the East Coast. Survivors include his wife of 55 years, Ruth A. (nee Clark), son, Brian Fike of Wilsonville, Oregon, daughter, Melinda A. “Mindi” (Kris B.) Schibley of Rocky River, son, Eric (JoAnne) Fike of Valley City, grandchildren, Mallory, Jordyn, Joshua, Julia, Hayden, Alec and Caden, great-grandson, Jaxon, brothers, Gary Fike of Iowa, Paul Murray of Oberlin and David (Carol) Murray of Columbia Station. He was preceded in death by his mother, Eloise Murray, stepfather, Albert P. Murray, father, Charles E. Fike, grandson, Chad. Mass of Christian Burial will be held 10 AM Thursday June 2, 2022, at St. Clarence Parish 30106 Lorain Road, North Olmsted, where the family will receive friends from 9-10 AM. Rev. Neil Kookoothe, Pastor will be the celebrant. Private inurnment will take place in Resurrection Cemetery, Valley City. Memorial contributions are suggested to St. Augustine Catholic Church at www.staugustinecleveland.org or Road to Hope www.road-to-hope.org

Charles E. Fike, age 77, of North Ridgeville, passed away peacefully surrounded by family on Sunday, May 8, 2022, at Regency Hospital in Middleburg Hts. He was born in Connellsville, Pennsylvania and had been a resident of North Ridgeville for... View Obituary & Service Information

The family of Charles E. Fike created this Life Tributes page to make it easy to share your memories.